Now, before you accuse me of unfairly knocking landscapers, I’m not. If I am knocking anything, it is what happens when there is no clear design process involved with creating a garden.

Something that people often don’t take into consideration, is the part a good design plays in creating a stunning garden.

A lot of people incorrectly assume that if they call in a landscaper, they will take care of everything.

There is a heck of a lot of a difference between what a landscaper does and what a designer does. One builds one plans. I wouldn’t dream of trying to build a brick wall for a client – I’m not trained in it – it would be a D I S A S T E R  darhling!

To their credit, a lot of landscapers do try to design. If it’s a choice of losing work or coming up with something, they will do their best to come up with ‘something’, but if they haven’t been trained in design, their efforts will often fall flat.

Or vertical as in this case…

This newly built house had a small sloping back garden. So, they called in a landscaper to terrace it for them. He did an excellent job of creating a level area at the back of the garden and building a beautifully constructed wall with in-built lighting.

As beautiful as the workmanship was though, and as much as he had tried to be artistic, the end result really didn’t do the garden any great favours. The new wall accentuated the width, making the garden feel shallower and smaller. 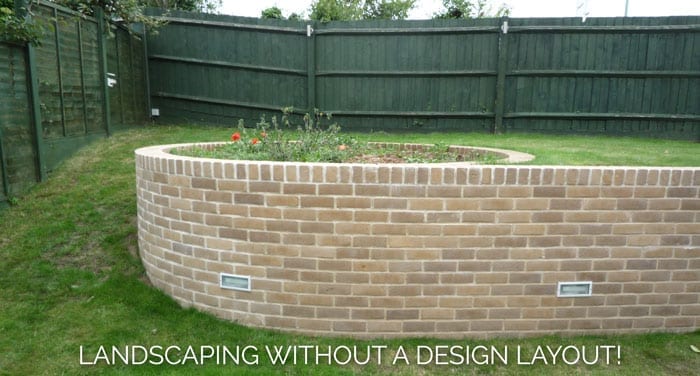 So, by the time I was called in, the majority of the budget had already been spent on the hard landscaping.

My job was to try and tie the garden in and get it to work as a whole unit and try to blend in the curved wall as well as add interest to take away the wall’s dominance in the garden.

The ‘artistic’ elements that the landscaper had incorporated, i.e. the curved wall and planter, caused a lot of problems. The circular bed at the top left of the garden created an awkward lawn shape and clashed with the square patio at the top.

So the main thing I had to do here, was to soften all of the straight edges and get them to work with the curved wall. No easy feat in such a small space.

Normally, when you start to design a garden, the first thing you do is control the shape of space, namely the lawn/patio areas. Since this had already been done, it was more a case of damage control and forcing what was already in place to work as one whole entity.

You can always work with whatever is there in your garden already. In this case, though, it was one of many incidences where the design is thought about after the main event – the hard landscaping (the most expensive part).

Disguise it when all else fails!

You’ll notice 3 steps above were basically all about the wall, rather than the garden as a whole. So much more could have been done with this small garden had it been designed from the outset.

We did our best and managed to improve it a bit – that’s all you can do in these situations. It’s always been one of those jobs that has stayed with me as an ‘if only we could have designed it at the beginning…’.

So, don’t do this at home folks…

Call in a designer 1st, not the landscaper! OR better still learn about design yourself. It’s not as hard as you may think… We have a great range of online courses right here: Online Garden Design Courses that are guaranteed to teach you how to create a perfect garden all by yourself!

Register on this page: https://www.successfulgardendesign.com/free-classes/ 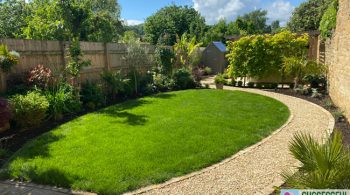 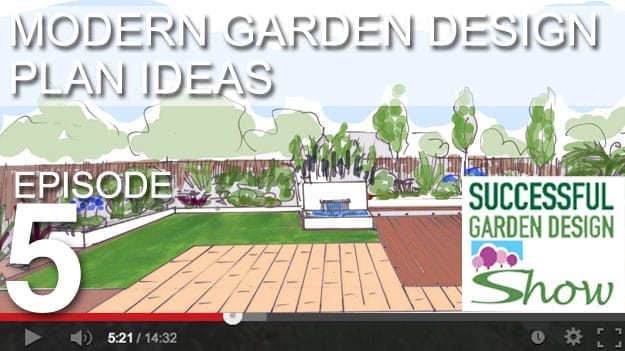 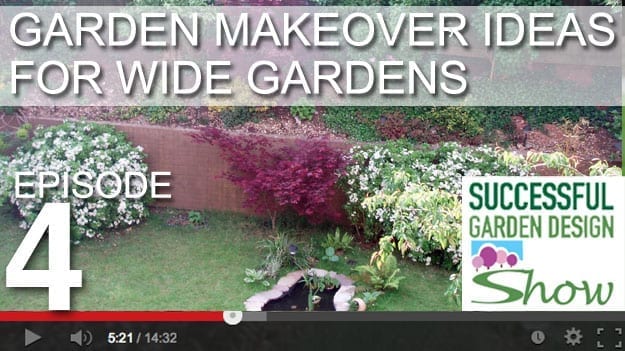 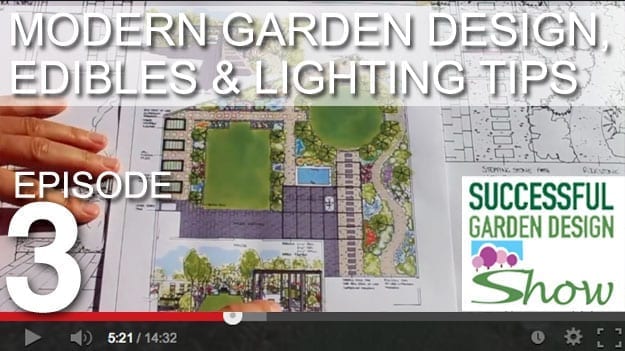 9 replies to "Garden Design SOS – Design rescue, AFTER the landscaper had finished…"